Netflix have created an original film called Dumplin and it’s causing a stir. The film tells the story of Willowdean a plus-size teen who grows up in a small Texan town. Will is immersed into pageant culture, her mum is an ex-pageant queen, but Will doesn’t want to partake as it’s not her style. Her aunt teaches her to love herself and is a really positive role model. Just like any other teen Willowdean has normal problems with relationships, friends, death and love. The films core message is that Willowdean is more than just fat.

I do wonder, however wonderful Dumplin is, whether Netflix created this film as a PR stunt after they received negative backlash earlier this year over its series Insatiable. A series whereby a girl is taunted for being overweight and she takes revenge on her bullies by losing weight; a promotion of the diet culture. However, Dumplin although a possible PR stunt is a very tasteful feel good film about a normal girl that just so happens to be plus size. 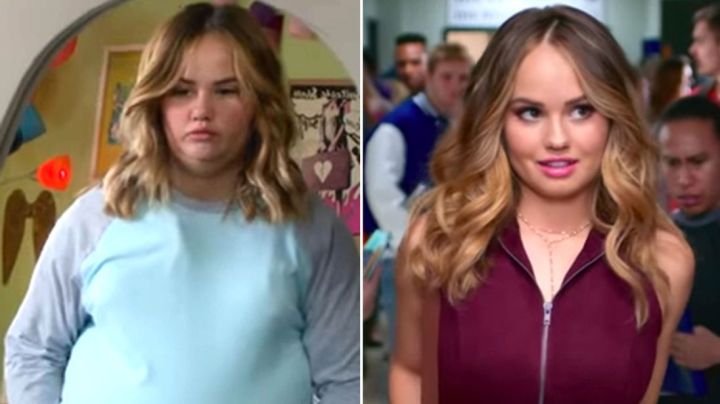 Her turbulent relationship with her mother

Will has a difficult relationship with her mum, who is played by Jennifer Anniston. Throughout the film you get the feeling that her mum is ashamed of her because she doesn’t look like your typical southern bell. She’s different. The beauty queens in her mums life judge Will based on her looks, so much so that her prettier, slimmer friend is mistaken for her mums daughter, because a beauty queens daughter couldn’t possibly be fat.

If I’m being honest this was like a lot of my relationships when I was younger, as soon as I realised I was different. I always felt like people could never see past my weight, I’d always wonder whether they were thinking “gosh she’s gotten bigger since the last time we met”, and I always felt pressure to lose weight in case I embarrassed the people I was with. I was put on diets from a young age and yes it was for my health, but this just highlighted to me how I was different, it increased my insecurities and probably made things worse. If I’m honest, it was only when I started working for a plus size brand that I noticed people just seem to talk to me normally, they didn’t see me as a fat girl, I was just a girl. It gave me confidence and more than anything it taught me that being fat doesn’t mean you deserve to be mistreated or outcasted.

The juxtaposition of the beauty pageant and southern bells with society

There is a real juxtaposition in the film between Will and the pageant culture. The pageants are full of girls who fit the beauty standard mould, then there is Will, a plus size girl with curly hair. The stark contrast between the girls helps to highlight that Will is different and she knows that, she’s very self-aware and self-conscious as a result. In my opinion the beauty pageant culture is a metaphor for society, everyone tries to attain the beauty standard, because it’s tradition, and outcasts those who don’t fit.

You see Millie (another plus size character) get called deluded by Will for entering the beauty pageant to win. This is where the storyline really saddens me, it’s been ingrained so deep into Will that fat is not beautiful, that she discourages Millie’s dream of winning. I think this is why I got so emotional, because society often berates certain people to the point that they hold themselves back, so when you witness them face these issues, it’s emotional and it’s a real break free moment.

Will’s confidence start to grow when she’s faced with problems, and I think it’s her positive influence from her aunt and the support from her best friend that strengthens her. She has the voice of her Aunt in her head telling her to be strong and to stand up for what she thinks is right, by doing that she pushes herself, pushes boundaries and eventually she finds herself and accepts who she really is. This is so monumental, this shift in her attitude in accepting who she is and embracing herself, is what happens so often in the plus size industry. By letting go of your guard you realise you’re potential and what you’re capable of.

Her relationships and seeing past fat

Will has great relationships in her life, she has a best friend that supports her no matter what, and even when they are temporarily not speaking, they’re still routing for each other. In the film her best friend Ellen sees Will for who she is and nothing else – Ellen actually says she never saw her (Will) as fat. She sees her as a person and you fall in love with their joint admiration for Dolly Parton. We learn that Ellen has her own insecurities with her body and talks about her insecurity of her stomach when she’s with her boyfriend. This reminds us that no matter your size, there will always be something that’s not typical of beauty standards. 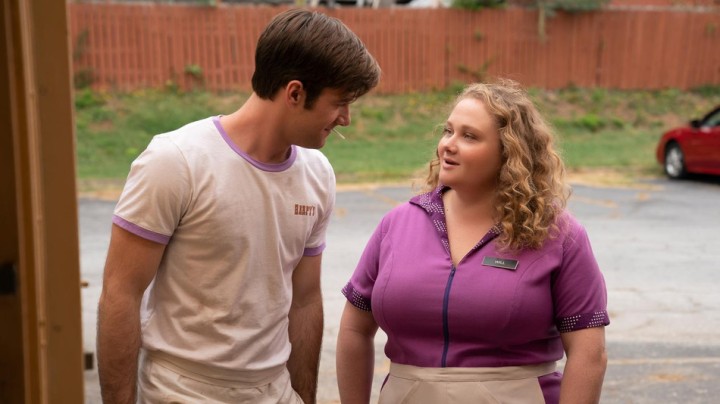 Willowdean and Ellen’s relationship has been a long one, and the two are comfortable with each other. You notice that when Will meets new people like Callie, (Ellen works with Callie) she’s guarded, she assumes that people will just see her as fat because those who ridicule her have made her believe that that’s all she is. You also see this with Bo, she’s very guarded and can’t believe that anyone would want to go out with her. Will actually questions him when he tells her he likes her regardless of her weight, but Will doesn’t accept it because who would love a fat person? This is why the film has such a feel good factor because Bo sees Will as a beautiful human and she is more than deserving of his love.

For once we see a fat female lead in a film, she’s not the funny best friend, or the villain, but she’s the heroine, the girl that gets it all. The man, her best friend and a positive resolve in the story. It’s very rare you see this, if at all, so it’s so refreshing to see a fat female lead and other plus size women in the film, and therefore, as a fellow fatty the film did bring a tear to my eye because it addresses issues that I’ve been through in my life. After all, why shouldn’t there be more fat female leads? I think it’s because film makers are so concerned about the film being visually beautiful, that the heroine must be a beautiful woman who has it all. But by doing so you’re just further discriminating against those who don’t look that way. After all, all plus size women don’t look like and act like Ursla from The Little Mermaid.

We shouldn’t see Will as anything else, we shouldn’t see fat, we should see strength and resilience, but it’s ingrained so deep that we should pick apart our exteriors that anything else just fades away. So often people say to me ‘you’ve done well for a fat girl’, ‘your pretty for a big girl’, I just think, “No honey I’m just pretty there aint no fat girl insert needed”. We get so caught up on appearances and what other people think that we honestly forget about what matters, and that’s happiness.

If someone is constantly being torn down all the time how are they supposed to thrive? How are they supposed to find strength within themselves to say, “No this isn’t right”, to say “I deserve better”? Appearances are just skin deep and most of the time you can’t change them or help them. If you want to see a positive change in your loved ones, then build them up. Tell them they’re strong, beautiful, heck tell them they can be anything they want to be. Because if they work hard enough one day they’ll achieve it.

That’s the message here, not to give fat people a platform to promote obesity, or blah blah blah, but to realise that people are more than just their bodies. We all have our strengths and we should praise those rather than tear people apart for not achieving the ideal beauty standard. 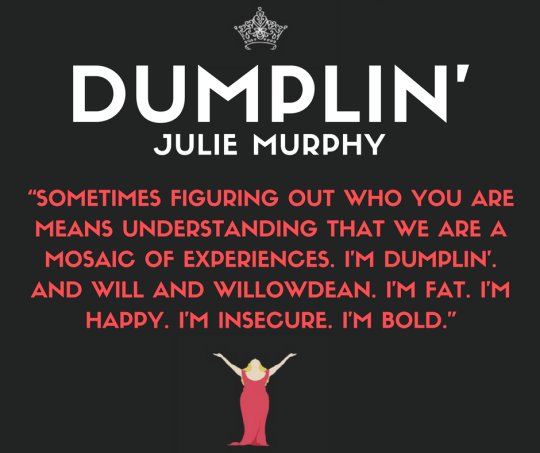 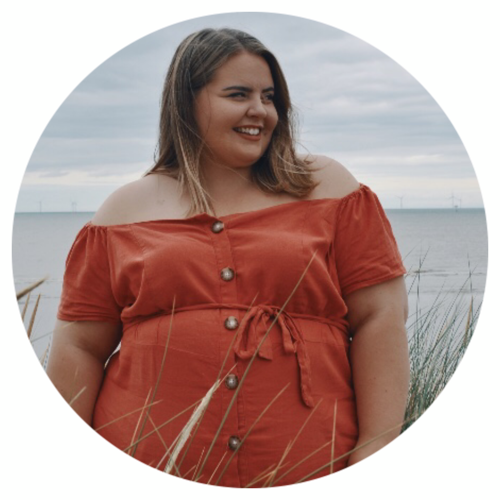 Hey I’m Chloe, I’m a curvy twenty something who loves fashion. I’ve worked in the plus fashion industry ever since I was old enough to have a job! I refuse to make my size an issue when it comes to my style, I love fashion and I choose to be a part of it regardless of my size!

Apparently I only smile in the presence of gin 🍸
Had a really great day today! It’s true what they say, you HAVE to invest in yourself. You’re never too old or too experienced to learn. There’s always more you can do to help you on your own journey 💕
Happiest with good company, cocktails and food 🥰
Being all touristy in Liverpool this weekend for @jamesbowerz_sw birthday. Love ya hun 💖
When you finally have a good makeup day! 🙌🏼😂
- Last week I did something really exciting with work. I was invited to a black tie event. I had such a fabulous time and it was an amazing opportunity! . . But when I first got the invite I was so anxious, despite being really grateful to be given the opportunity, my mind suddenly took me to a darker place. What will I wear? Do they even sell plus size black-tie frocks? I’d never been to a black tie event other than my own prom! And that was a traumatic enough experience, trying to find somewhere that catered for my size. . . The problem was that my mind took me to that place almost instantly. Instead of revelling in the moment I felt anxious I’d have nothing to wear. After hours of trawling the internet and finding not a great deal I couldn’t help but feel defeated and insecure about my body. . . The whole shopping experience just left me thinking about how the lack of choice ostracises people. The long and short of it is that it really makes people feel shit about themselves. Like me, there are people who are willing to depart with their hard earned cash, but the plus-size equivalent of a straight size dress just doesn’t exist. Designers don’t want to make plus size garments and that’s the truth. It just highlights how much still needs to be done for the fashion industry to be TRULY #inclusive . . Eventually I did find this gorgeous @simplybeuk dress and I felt amazing in it. I was just able to enjoy my night and not once did I think about my size or being any different to anyone else. So hats off to you Simply Be 💕
%d bloggers like this: